Skip to content Skip to navigation
See our Campus Ready site for most up to date information about the fall semester.Campus ReadyCOVID Help
UNIVERSITY OF CALIFORNIA, MERCED 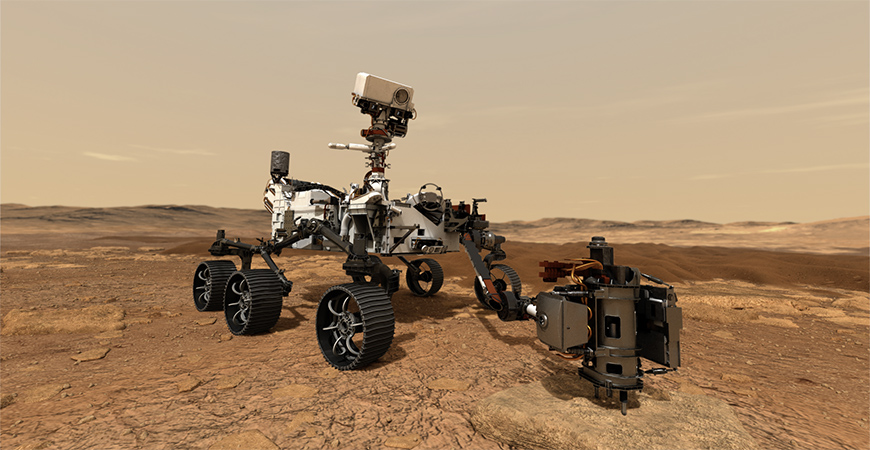 NASA’s fifth exploratory rover is scheduled to head for Mars later this month to try and answer key questions about the potential for life on the red planet.

The Jet Propulsion Laboratory’s (JPL) Mars 2020 mission is part of NASA’s long-term Mars Exploration Program. The Mars Perseverance rover is expected to launch from Cape Canaveral Air Force Station in Florida as early as July 30. Once the rover arrives, its Sampling and Caching System will collect, package and store about 40 surface samples — a crucial part of the mission — to possibly be returned to Earth to help NASA identify potential biological specimens.

UC Merced launches the first episode in its Building the Future, A Docuseries featuring the story of collaboration with NASA/JPL on the Mars 2020 mission.

System level tests on the rovers’ Adaptive Caching Assembly’s (ACA) mechanisms found sensitivities to friction in functional performance testing. Investigations focused on possible frictional increases due to unexpected behavior of dry film lubricants used on components within the ACA that can impact the ability to perform certain functions on Mars.

“In the extreme environments of space, it is absolutely critical to understand how these materials are going to interact,” said Duval Johnson, who leads the laboratory for Applied Tribology at JPL. “If our actuators don’t work as expected, if our lubricated materials don’t behave as they should, it could be a mission-critical type thing.”

“The mission will rely on mechanical components that can’t be maintained. There won’t be people up there to repair parts once the rover arrives on Mars,” Martini said. “The traditional mechanisms and engineering approaches that we use here on Earth aren’t necessarily applicable on Mars.

“We have to ensure that all of the mechanical components on the Mars 2020 project are highly efficient and function as long as necessary in the Mars environment without maintenance.” 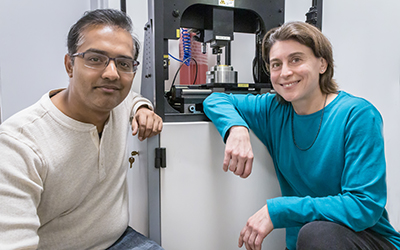 Johnson knows the tribology lab’s capabilities well because Martini was his faculty advisor from 2014 to 2018, while he was earning a doctoral degree in Mechanical Engineering from UC Merced. (Read more about UC Merced alumnus Duval Johnson)

Johnson sent samples made of the same materials as the rover components and coated with the same dry film lubricants to Ph.D. student Azhar Vellore to test using the lab’s tribometer — an instrument for measuring friction and wear. Such measurements quantify the resistance to motion, which determines how much energy it takes to move, and how much wear occurs, which enables prediction of how long moving parts will last.

“These samples are coated with the dry film lubricants that they plan to use in those [ACA] components,” said Vellore, who is leading the project at UC Merced. “Based on the results I gather from testing, I can help NASA understand if these coatings can perform the way they want them to on Mars.”

The Martini research group is performing some very critical and important data gathering for us and presenting that data in a way that helps us make critical, mission-sensitive decisions for Mars 2020.